The Finnish government’s budget proposal for 2021 has allayed concerns of delays or reduced funding for the Armed Forces’ (FAF) HX Fighter Program. The plan will effectively increase the military’s budgetary framework in 2021 by $2 billion to $5.8 billion to meet phase one of the project’s procurement costs.

The economic impact of the COVID-19 pandemic, which has forced Finland to significantly increase international borrowings and further load national debt, was feared to have a negative bearing of the fighter replacement project, particularly against the backdrop of a potential economic recession and grim forecasts of an 8 to 10 percent drop in GDP in 2020.

Instead, the 2021 budget both protects and moves forward the $12 billion national security capital investment.

The HX Fighter Program will have a “substantial effect” on the FAF’s budgetary position and finances from 2021, said the HX Program’s Director, Lauri Puranen.

The $5.8 billion allocation represents a massive 54 percent increase on the FAF’s defense budget for 2021 compared to 2020. Moreover, the higher financial provision will elevate military non-aligned Finland’s defense spend, as a ratio of GDP, from 1.4 percent in 2020 to over 2 percent in next year. 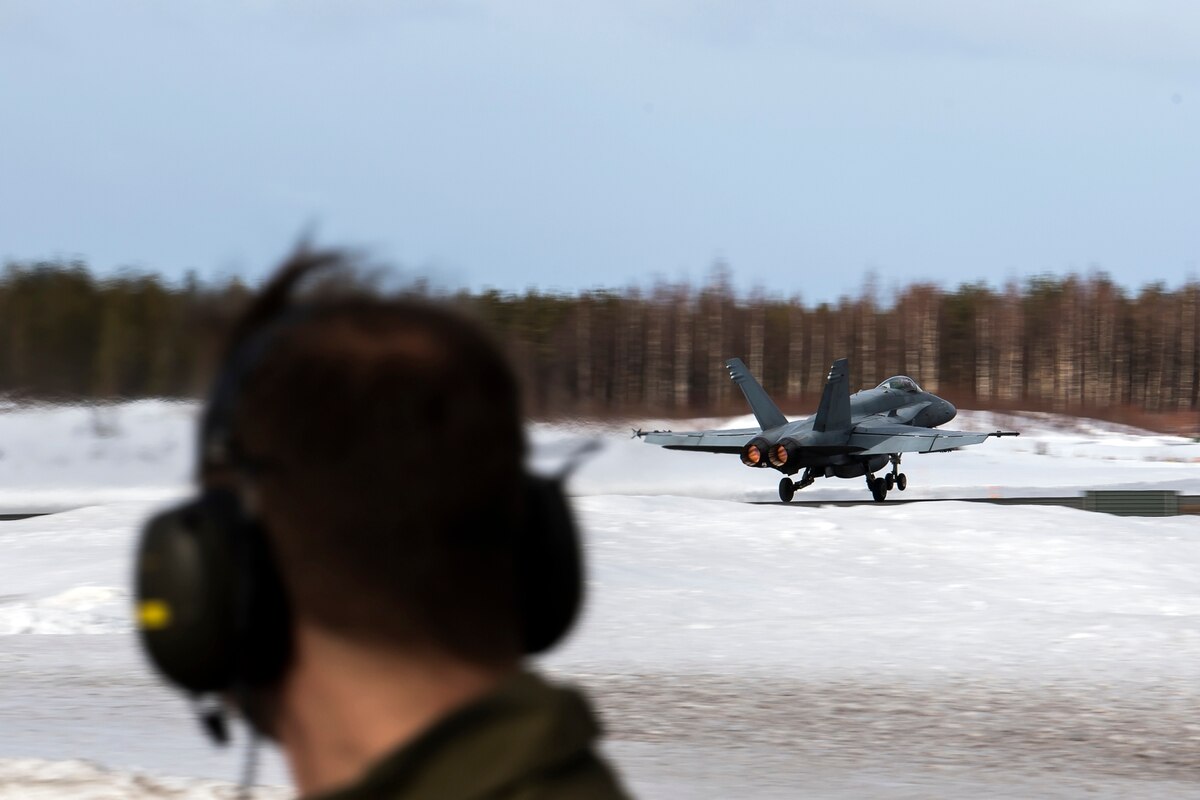 Finland plans to procure up to 64 fighters to replace its ageing fleet of F/A-18C/D Hornets. The government is slated to finalize its decision on the choice of fighter aircraft in 2021.

The project timetable, with oversight from the FDF’s Logistics Command, envisages the Finnish Air Force taking delivery of new fighters over the period 2025 to 2030.

Gen. Timo Kivinen, the FAF’s defense chief, said that while the COVID-19 pandemic has resulted in the postponement of exercises, it has not affected Finland’s military readiness.

Phase two of the HX project is currently underway. This is focused on the content of the procurement in respect to each individual bidder. A request for best and final offers will be sought at the end of the second phase of negotiations in the fourth quarter of 2020, and ahead of a government decision on selection in the first half of 2021.

Although the 2021 budget has secured project-specific funding for the HX Fighter Program, the overall fragile state of Finland’s national finances threatens to curtail capital increases to other areas of defense, including training and multi-branch field exercises, in that year.